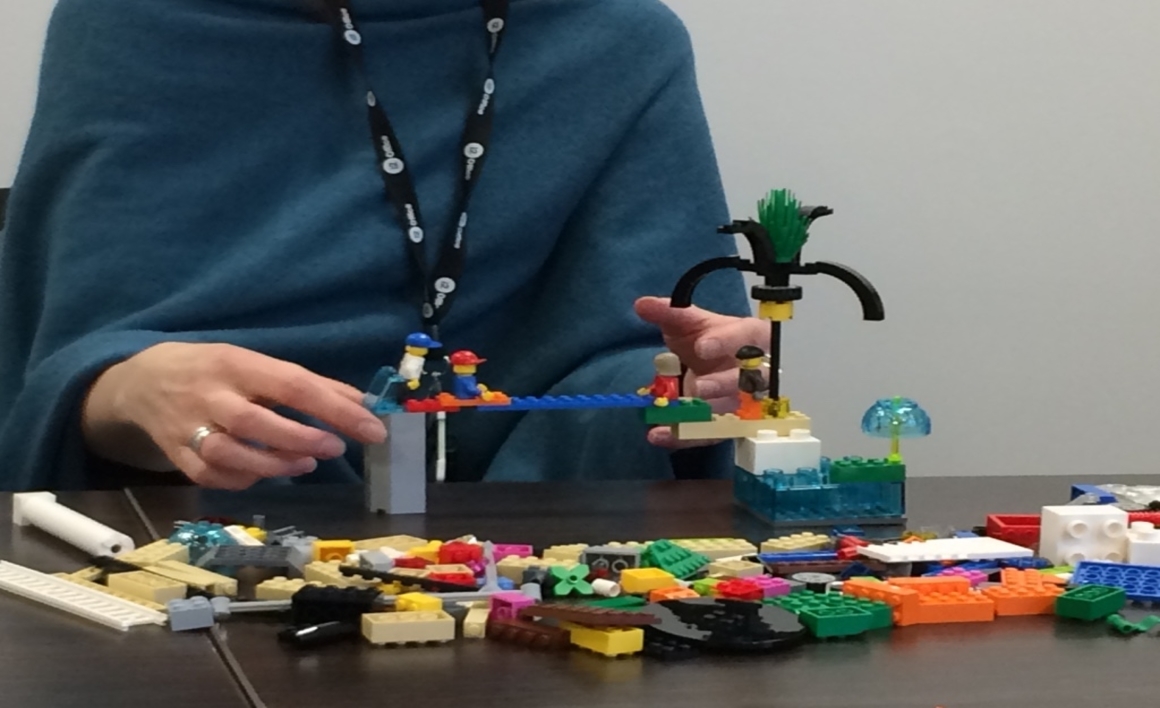 You’ve got a problem. You’ve had a meeting. And another. And another. And every one follows the same pattern: Belinda thinks it’s a Technical fix; Bill bangs his Adaptive drum. And the other 8 attendees – because let’s face it, they’re not given the opportunity to participate – are sat, slumped and unenthused. The meeting ends, as they always end, with a list of actions to be taken and a corresponding list of names to take those actions. A date is set. And another meeting convened. And another morning or afternoon wasted; spent attending.

Suppose you had the courage to break that cycle. Suppose someone took that morning or afternoon and invited a new method, quite literally, onto the table. Something dynamic. Something inspiring. Something visceral. Something that works both above and below the neck.

Now, suppose those 8 attendees – who have, until now, been cerebrally bludgeoned into silence – were given a voice and the space to use it. And more than that, suppose that their voices were both heard and understood. Instead of those two, familiar faces replaying their same stuck messages again and again, suddenly there is a new energy in the room; a new offer. Suppose those 10 participants join together and create something different, something new; something to which they are committed, something about which they are passionate.

Wouldn’t that be worth taking a chance on doing things differently?

So… Let me ask you two questions: 1. Are you adventurous? Yes? Excellent. And secondly: What do you know about LEGO SERIOUS PLAY?

Often when I tell people about LEGO SERIOUS PLAY I’m greeted with a smirk. The mouth says “That sounds interesting…” but the face says “Oh that can’t work…can it?!”

It’s OK, I don’t mind; the great part is, while I’m describing all the good that can come from those glorious, colourful, little bricks and wheels and mini-figures (that’s the official name for those loveable, bubble-headed Lego-people) that humouring-smirk very quickly turns into an expression of genuine curiosity…

Because the beauty of LSP isn’t in the models that each person builds – whether expertly complex or deceptively simple – it’s not even in those spectacularly sophisticated, shared, models that the group collectively amalgamates into a compelling, single, unifying vision. No, the real elegance is in the stories that LSP sets free. Because they are absolutely not “the same old” stories. Because suddenly, everybody genuinely WANTS to hear exactly what that sticky-out bit with the long-spindly bit and the clear bit on top and the top hat and the wheels is meant to be! And when they do hear… They get it! Suddenly they get it. That thing you’ve been trying to explain to them for the last four months. They get it!!! And you realise that having this weird, wobbly, wonderful model in front of you has made it so much easier to describe. And you realise that by turning it around there are elements in there that NEVER occurred to you before! Revelations and realisations that mean you can suddenly understand why Sam has never seen your point of view (and perhaps there is something in what she’s been saying all along!)

You don’t have to take my word for it. There are literally thousands of satisfied teams across the globe who owe their new insight, their new enthusiasm to LEGO SERIOUS PLAY. And maybe it’s not for you, but… It’s got to be worth a look, hasn’t it?