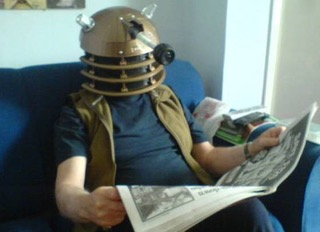 It’s remarkable how often you’ll hear people say “We need to communicate better” or “It’s a communication issue” as if saying that alone will fix the multitudinous ills that plague them. Of course it’s a communication issue, the sad truth is, it’s ALWAYS a communication issue. Somehow, somewhere, someone isn’t communicating clearly and the butterfly effect amplifies that tiny wingbeat into the full-scale hurricane descending on some hapless soul elsewhere! Ok, I’m torturing the metaphor, but you get my point.

So, what can we do to communicate better? Well, we all know that delicious cliché, the one about listening to hear, not listening to reply – BUT let’s not let the fact that it’s a cliché rob it of its truth! It is a cliché for a very valid reason. And there’s another great irritant… BUT! That word alone must be the cause for more divorces and relationship breakdowns – of all sorts – than probably any other! The great negator: BUT. “I really don’t want to have to do this BUT…” “I know you’ve worked really hard on this BUT…” “I’d love to give you a raise BUT…” Well, we all know how these play out – and it’s hard not to feel the blood rise as you read them!

In EVERY interaction people are bringing their own agenda to bear, the reasons are legion, it could be a personal preference, a positional responsibility, a fiscal necessity; the prolific “whys” divide and multiply like a virus on a microscope slide. And it’s so hard to hear those reasons and not hear them as excuses. So hard to listen.

In Adaptive Leadership there is a useful, simple tool: Faction Mapping, to try and gain some insight into these difficult exchanges, to try and uncover the various agendas being brought to the table. Adaptive Leadership suggests that these interactions can be viewed from the perspective of participants’ Values, Loyalties and Losses.

Faction Mapping is a very similar tool to the sort of “prep” work I often do as an actor. Just as the playwright crafts a scene and includes the characters pertinent to the action of the play, Faction Mapping asks us to consider which stakeholders are relevant to a particular situation, and to consider: what their Values might be, to whom do they owe Loyalty, and importantly, what do they stand to Lose? When we put ourselves in those people’s shoes, when we attempt to view the situation from their standpoint we’re not simply being empathic for the sake of it, we begin to see how people – who, really, are just like us – are being influenced by their own pressures, being steered by forces, often, beyond their control and to begin to make some sense of their sometimes unfortunate (or downright vicious) decisions. And by recognising those pressures, experiencing their viewpoint, sometimes – while it may not make the taste in our mouth any less bitter – it provides us with an opportunity to see that these people are not monsters; they simply have their own stuff that they’re dealing with too.

And that’s not to take away from the people who ARE monsters! Some people are. There certainly are psychopaths wandering around. BUT (see what I did there?!) they are, thankfully, very few and far between. And part of good communication is (has to be), remaining objective, keeping a level head. It’s easy to let our own agenda colour our interactions – if someone has denied us before we may assume they will again, if someone has been rude we may well hold a grudge, if someone has patronized us its surprising just how effortlessly we can slide into Rebellious Child – however, if we can keep our heads when all others are losing theirs… then we have a chance to make something better. To communicate.

So practice listening to hear. Follow the flow of the conversation, see where it leads. And if – for example – you’re in a meeting and something presents itself that pulls on your mind to veer off… pause, jot it down and come back to it when this particular stream of consciousness has exhausted itself. It’s a respectful and relational way of being.