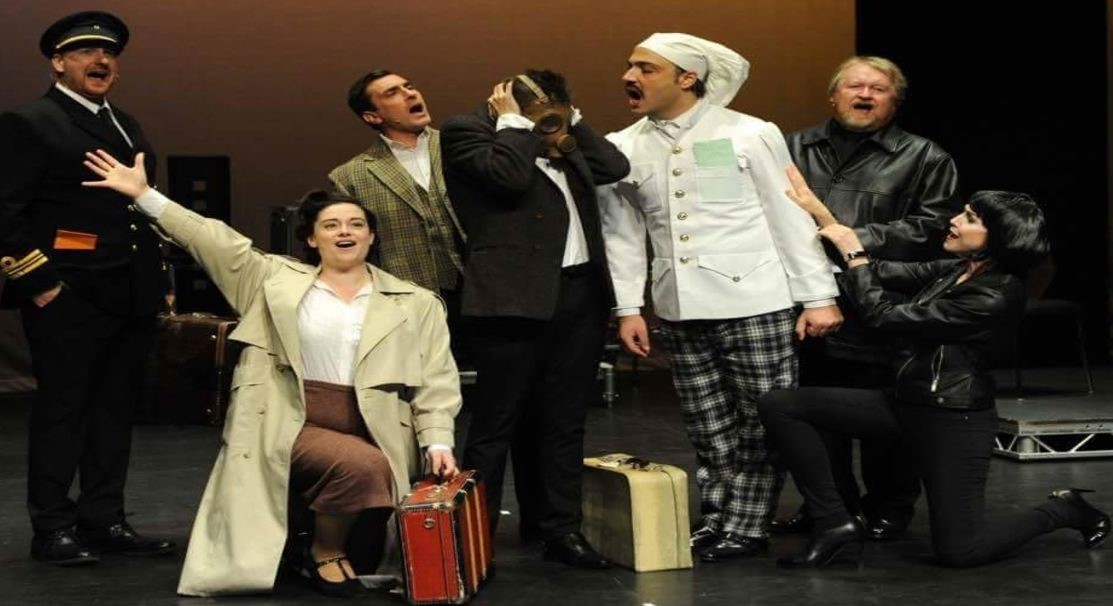 Scripts and Scripts Where theatre and psychology intersect

October found me performing a new musical about the life, conviction and death of Dr Alan Turing (code-breaker, defeater of the Enigma machine, castigated homosexual and controversial suicide).

In preparation for my role as Turing’s barrister I undertook (as, indeed, I do with every role) a great deal of extensive research (thank you the internet!) And whilst this was going on, I was also making my steady way (as, indeed I do with every book!) through What Do You Say After You Say Hello by Dr Eric Berne (he of Transactional Analysis).

Now, coincidence or not (Jungians, you decide!), whilst reading Berne’s theory that a great deal can be ascertained from a person’s favourite fairy tale, I found out that Turing had been absolutely obsessed with Snow White… to the degree that his eventual suicide involved him eating a poisoned apple.

In a nutshell, Berne posits that every one of us has determined the shape their life is to follow by around age six. This Script is programmed mostly through parental dictates, the presence or absence of affection/attention and additional cultural/societal input. Transactional Analysis frequently describes how we choose others for our social and interpersonal Games (with a capital ‘G’) due to their suitability and willingness to play. In the case of our scripts we are no different, the games we play all cluster within the wider shape of the script and the players – just like those in a stage-play – dutifully fulfil their allotted roles because we are equally engaged as living elements of their script in return. The fairy tale stands as allegory for events and characters appearing in the life of the child whilst the script is being formulated and so provides the story-arc which the script eventually plays out.

What has been most interesting to me has been applying Berne’s theory to Turing’s life – it’s, naturally, much easier to identify the correlations between the fairy tale and the script in the life of someone who has already played theirs out. Not to mention someone who enacted it SO exactly at the end.

For those unfamiliar with the story of Snow White – or who have forgotten how it goes, Snow White, is born a beautiful princess. Her cruel step-mother, having consulted a magic mirror, finds that as the child grows so does her beauty until the day arrives that Snow White (aged only seven years!) is more beautiful than the prideful queen. Ordering the child’s death, she packs Snow White off with a huntsman to be done away with, but the huntsman pities the poor girl and instead allows her to flee into the forest. In the wild wood, Snow White chances upon a little house belonging to seven dwarfs and, having awed them with her beauty is granted leave to remain living with them – in return for housework and cooking. In due course the wicked queen learns that Snow White is still alive and conspires once more to kill her: first by constriction/suffocation, then a poisoned comb and finally a poisoned apple! Unable to revive her, the dwarfs place the child’s body in a glass casket where she lays for “a long time” until a handsome prince, passing through the forest, falls in love with the sight of Snow White’s still lifelike, preternatural beauty and (either by kissing her lips, or having her coffin carried away – depending on the teller) dislodges the piece of poisoned apple from her throat, returning her to life; whereupon she becomes his bride and lives “happily ever after.” (It’s worth noting, in the original Brothers Grimm tale, the wicked queen receives her comeuppance by being forced to dance in red-hot iron shoes until she dies! Something Disney decided to omit… I can’t think why!)

Turing was just 4 years old when he was sent from India back to the UK to attend boarding school (cast out by the queen – his mother); where he found himself in a place – quite literally – populated by “little men”.

Like Snow White (the “fairest of them all”), he was possessed of a rare quality, in this case his startling intellect, which, during the Second World War, would see him join the top secret, Government Code and Cipher School at Bletchley Park and play a pivotal role in the cracking of the German Enigma codes and Lorenz cipher – a feat which Churchill himself regarded as having shortened the war by around two years!

After the war, the State itself assumed the mantle of Wicked Queen and fearful of Turing’s vulnerability to blackmail (because of his homosexuality) first “constricted and suffocated” him by refusing him an overseas passport – in so doing cutting off opportunities for employment and personal growth – and then “poisoned” him with chemical castration. His debatable suicide viscerally realised the most memorable element of the Snow White story: the final poisoned apple, laced with cyanide and found half-eaten on his bedside cabinet brought his script to a dramatically literal ending.

So… if, in the story, Snow White wakes up and lives happily ever after… how does that work when Turing himself died in 1954? Well, sadly this is of course where real life departs from fairy tale. There is no fairy-prince, no return from sleep and the script dies with the protagonist. Yet, and one might say I’m stretching here, the mid-1990s saw the declassification of the work done at Bletchley Park and since then, thanks to books, documentaries and films Turing’s fame has grown. The story, one could say mythology, of Turing is reawakened; his script continues. In 2013 he was awarded a posthumous pardon, and his name has also been everlastingly attached to the legal precedent now called Turing’s Law which saw the pardon (in many cases also posthumous) of the many thousands of gay men who were punished for their sexuality by the draconian Criminal Law Amendment Act 1885. Turing has finally been recognised for his ground breaking work, he is now acknowledged as the father of modern computing and is considered a hero in the eyes of many… “the fairest of them all.”

Turing’s life fits Berne’s Fairy tale Script theory so neatly it has been a real joy to pick my way through both Berne’s tome and Turing’s history and find where they intersect. And it has left me wondering about my own favourite childhood story and the script I myself am playing out as I move from the ciphers of Bletchley Park to the wilds of the Highlands and Shakespeare’s eponymous anti-hero, Macbeth; from the feted to the fated, from the hero to the villain.