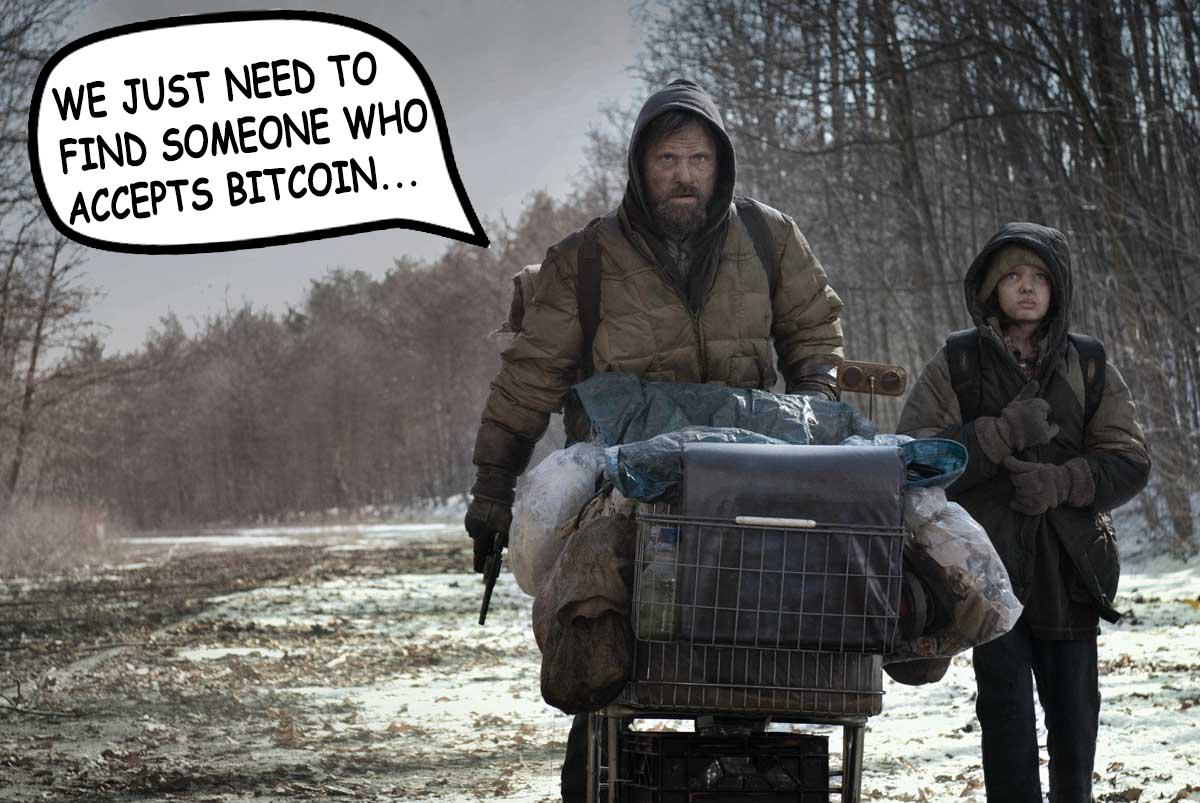 Bitcoin, a beginning or the end?

With the value of Bitcoin riding high (or maybe not by the time you read this) I figure I might ponder upon cryptocurrencies: those digital currencies such as Bitcoin that operate independently of a central bank, putting them beyond restriction and confiscation. Rather than get in to the techie stuff, though, I figure to ponder upon cryptocurrency in a wider context.

Indeed, “pondering in a wider context” is something I spend much of my professional life helping clients do, especially those that engage me to help them with strategy. By default, I tend to encourage them to think about strategy in the context of sustainability, tending as I do to worry mostly about the Planet bit of the triple bottom line of “People, Planet, Profit” not getting the attention it warrants. But, perhaps, the degradation of social systems (the People bit) warrants as much ‘worrying out loud’ as the degradation of ecological systems. If it does, how might we think about it?

In searching for a socially sustainable form of capitalism, it’s tempting to return to the works of Karl Marx. Whilst no-one’s quite managed to make his solutions work as he intended, there’s broad agreement about his assessment of the problem: as capitalism becomes increasingly efficient at sucking value from the bottom of the pyramid to the top there is increasing risk that value generation at the bottom won’t be able to keep up.

And so it came to pass in the Eighties, when the money at the bottom ran out. And so came to pass the advent of credit, such that those at the bottom could spend money they didn’t have. That couldn’t last forever and so didn’t. Sub-prime mortgages were the final straw in the Noughties, especially once lumped together into Collateral Debt Obligations.

If such a trend grows beyond a small sub-set of private sector individuals and SMEs, countries might see austerity like never before. A shift to invisible cryptocurrency transactions that don’t attract taxes could starve governments of the revenue that pays for the infrastructure and services upon which citizens and society depend. Governments have proven themselves incapable of taxing a small number of highly sophisticated multi-national corporations. Post austerity, they might be similarly incapable of taxing a large number of individuals and SMEs dealing in cryptocurrencies. How much less can be spent on education, transport, justice, health and, indeed, the environment before what we used to think of as the First World starts to look and feel more like what we used to think of as the Third World? Should that happen, would it be sustainable or would it deteriorate into a real life Mad Max scenario?

I hope not. Indeed, I hope to be to be wrong about all the above, but figured to ‘worry out loud’ about it, anyway. Let me know what you think. But be on the lookout for an invoice specifying payment in Bitcoin.