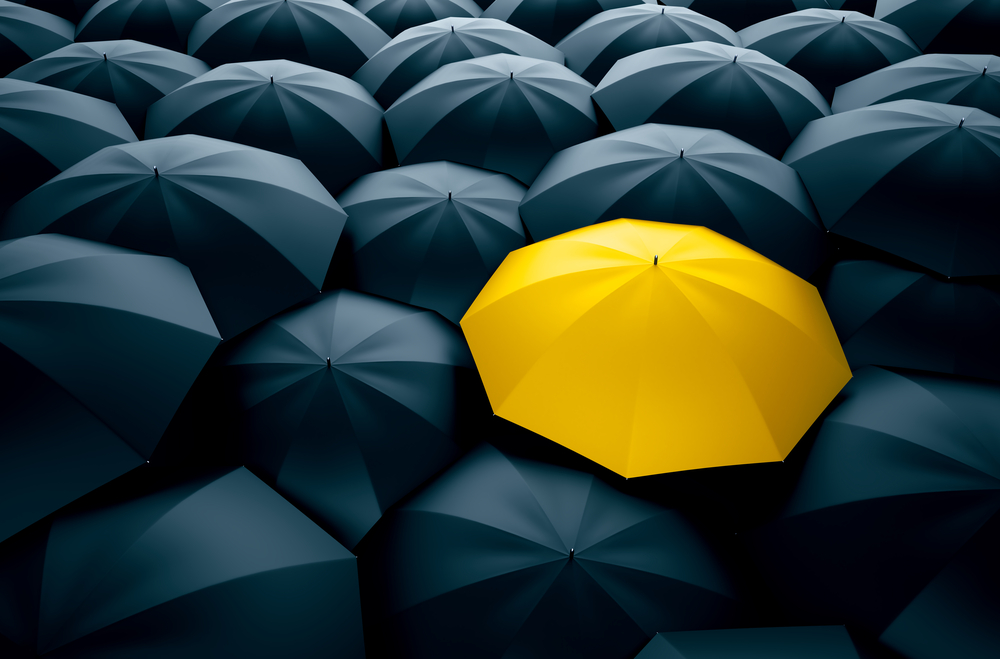 By Emma Young25th October 2018No Comments

There’s a heart-wrenching scene in Toy Story 3 where Woody, Buzz, Jessie and the gang are stuck in an incinerator. Climbing frantically against a tide of rubbish that’s being steadily sucked into a fiery pit, Jessie turns to Buzz and cries, ‘What do we do?” After a moments’ pause, he reaches out and takes her hand. They exchange a look, and then Jessie reaches for Bullseye the horse, halting his frantic paddling against the tide. One by one, all of the toys hold hands and stop struggling. [Spoiler alert, this is Pixar so there’s a happy ending.]

I’ve been reminded of this scene more times than I care to remember over recent weeks as the zeitgeist has turned from gloomy pessimism to outright nihilism.

The background music has been getting steadily darker for months now.  Colleagues and clients working in sustainability have long whispered their fears that even they, champions of positive change and optimism, are feeling increasingly pessimistic. “We tried,” they say, “but it’s not working.” But those conversations are no longer confined to the world of sustainability.

Nathaniel Rich’s ‘Losing Earth: The decade we almost stopped climate change’ in the New York Times, although a fantastic piece of journalism, is a depressing read. 30,000 words which summarised, amounts to ‘we had our chance and we blew it.’

At the other end of the journalist scale, The Onion, ran a piece entitled, ‘Sighing, Resigned Climate Scientists Say To Just Enjoy Next 20 Years As Much As You Can.’  The article ends with a quote from said scientists inviting people to join them in the bar.

Drinking to forget the coming ecological apocalypse is a theme picked up by Guardian columnist Ellie Mae O’Hagan in her recent piece on the rise of posh tonics for your G&T.  Reflecting on the trend she wrote ‘perhaps this is us putting on our best ermine and pearls, ready to go down with the Titanic.’

I hear it from friends and family too – this overwhelming sense of the inevitable which manifests as either deep denial and hedonism or worse, malaise and depression.  As one of my friends says, ‘my husband knows when I’m depressed because I no longer bother recycling.’

I’m not immune to either state, although in the same way I’d find it physically impossible to drop litter, I’ve never stopped recycling. Yes, the world is a scary place right now and fear is debilitating, but that’s no excuse. Plenty of people are afraid but do amazing things anyway – isn’t that the very definition of courage?

The truth is that I am sick and tired of this nihilism. After nearly two decades fighting the good fight, I’m tired too, but you don’t choose to work in sustainability if you’re a quitter.

This air of defeat is more toxic than Oxford Street on a hot Monday morning in July and buying into this narrative that ‘it’s too late so we’d better just party’ is to submit to the hedonistic, consumerist solipsism that got us into this mess in the first place. And I’m done with it. If we quit now, it’s like admitting that we were wrong all along – but we weren’t and we’re still not.

We may have every reason to fear the future, but to quote the man that rallied us through the second world war, ‘Fear is a reaction. Courage is a choice.’

As sustainability consultants we too have a choice. We can join the chorus of Cassandras, save for a bunker and splash out on posh G&T, or we can do what we’ve always done – propagate hope, look for solutions, support those in power to make courageous decisions and remind everyone that when the stakes are this high, no contribution is too small.  I certainly know what I’ll be doing.