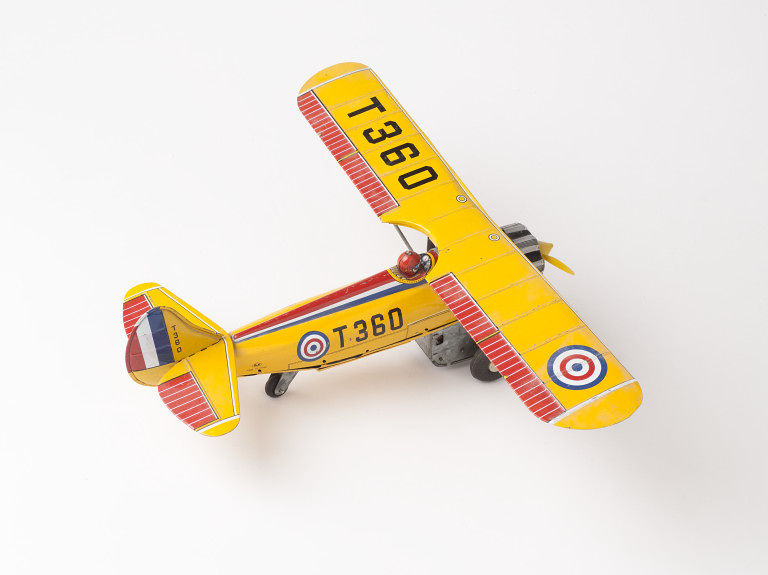 By James Wilson30th October 2018No Comments

There is always a moment as the airplane that is taking me on holiday taxis to the runway when I think, “how on earth is this huge chunk of metal, plastic and wires, not to mention a few hundred people, ever going to get off earth and into the sky?”

There is, of course, good science, technology, mechanics and thankfully, experience, to allay my fears. I have flown many times without having to understand just how it works.

A recent post on Linkedin, The Logical Thinking Process – A game changer, explained the efficacy of Dettmer’s Logical Approach to Complex Systems Thinking. A simplified version of Goldratt’s Theory of Constraints, it provides a logic-based “if a then b” process for mapping and strategizing complex problems. Reading through the comments, I noticed how many people spoke of the need for embracing irrationality and uncertainty in stark contrast to the certainty-promising logical approach.

From my experience, the logical is often where the blocks become harder to unstick. There is, I suggest, a mistaken conflation of “complicated” and “complex”. Complicated may have many parts but ultimately they are understandable and, with the right user guide, can be put into the right order. Take the 737 I am flying off in. It has thousands of parts. If you laid them all out you would need a huge hanger to fit them all in. Standing amongst them you would be lost as to how they should be put together. However, there is a project plan and production process to put them together. This step by step approach, tested again and again, has proved highly successful in producing millions of hours safe flying time.

Complexity is different. It involves the uncertain and often the unknowable. To puzzle out complex, rather than complicated, problems like “where is my organization going?”, “how do we find new products”, “how do I create an organization that is sustainably productive for staff, stakeholders and customers?”, one needs a broader set of skills – theoretical, technological, but also creative and relational.

The World Economic Forum’s review of the skills needed for the 21st Century has a top ten list. 7 of these are relational – with Creativity rising from 9th to 3rd in the 2020 list. In fact, 7 out of 10 skills mentioned directly relate to relating to others – including emotional intelligence, negotiation and a new entry, cognitive flexibility.

Cognitive flexibility underpins the creativity and innovation. We hear a lot about creativity in business. As a term, it pops up in mission statements, values, principles and all the other text that presents how organizations aim or profess to be. There is a desire for more “creative thinking”, “more innovation”, “fresh ideas”, “new perspectives”, all as ways to be different or more profitable.

But what do the words mean?

We tend to forget that, as human beings, we are inherently creative. It is part of our daily life. The act of conversation – unless in a play, is never scripted. Even a one-sided conversation with a robot on the telephone trying to sell you something is different every time – context, how we are feeling, where we take the call, what time of day it is, that which the call has interrupted – all make our human interaction with the AI on the other end of the line different each time. And in that regard, it is a new creation.

What gets in the way of recognizing our own creativity is the judgment of whether it is good or bad. We have so many examples of great art, endless examples of creative genius – Gentileschi, Tagore, Picasso, Beyoncé, Ai Wei Wei, Frida Kahlo – that we see creativity as something inaccessible to the majority, and only producible by either the innately talented or those who have put in the mythical 10,000 hours [derived from the work of psychologist K. Anders Ericsson, and brought into the mainstream by Malcolm Gladwell in his book “Outliers”.

So let me ask you a question. What is the difference between the two pictures below? 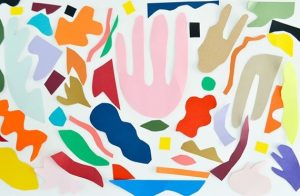 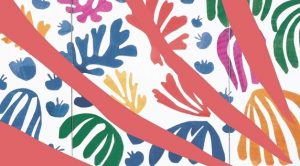 One of them is a detail from a Matisse, the other made from a DIY Matisse cut out kit. Which is better? Does it matter? They are both interesting images  The reason why we consider that the Matisse is a masterpiece is because we have been told it is. It is a social construct, taught to us by art teachers, critics, historians and big galleries which have an interest in putting value (aesthetic or monetary) on pictures.

Yet both have been produced by creative acts.

Creativity comes from our ability to notice difference. This is hard-wired [see Iain McGilchrist’s The Master and his Emissary: The Divided Brain and the Making of the Western World] into our brains: as cavepeople, it helped us to notice danger, the instinct that told us something was different, not quite right. In these safer times we still notice difference, but whether we pay attention to it consciously is another matter. And then we make connections. At its core, creativity is this act of bringing together different things – objects, words, thoughts, etc. This creates a juxtaposition, or a tension, or a jarring, or whatever – but something is produced. And this has not existed before – it is an act of creation.

Imagination is our cognitive ally in this act and what takes our “bringing difference together” to a more conscious level of appreciation and then creativity. It is the ability to see and develop the connection between disparate notions.

And we can unleash that imagination through developing our cognitive flexibility.

In our working lives, this is about developing different ways of thinking, knowing and seeing.

When running sessions on creativity or creative thinking, I spend as much time on developing a safe and experimental environment so that participants can not only see difference but appreciate it instead of discarding it as “not right”, “too weird”, or “bad”. A better way to say this, perhaps, is to quote Keith Johnstone, the pioneer of theatre improvisation, who said that anyone can do improv as long as they get over the fear of being perceived as “mad bad or wrong”.

Anyone can be more creative if they pay attention to developing their cognitive flexibility and letting go of their judgment.

At Talik & Co this is a cornerstone of the way we help organizations to build more sustainable futures in this uncertain and complex world. Through mindfulness, curiosity and inquiry, Lego serious play, experiential coaching, improvisation and a range of thoughtful and thought-provoking techniques, we help organizations unleash their imagination to solve the complex problems facing them.

Where does this leave the Logical Approach to Complex Problem Solving? It is immensely helpful and I thank all the aircraft engineers for using a logical step by step, test by test, if a then b, process to build such a complicated and safe machine as the 737, in which I am sitting.

And yet, without those cognitively flexible experimenters who took their imagination to the problem of how to fly, we wouldn’t have planes in the first place.

Thanks to Harriet Cunningham for editorial assistance